A string is born

DOMINANT. More than a Legend.

These strings first took to the stage 50 years ago. Our artists congratulate them! 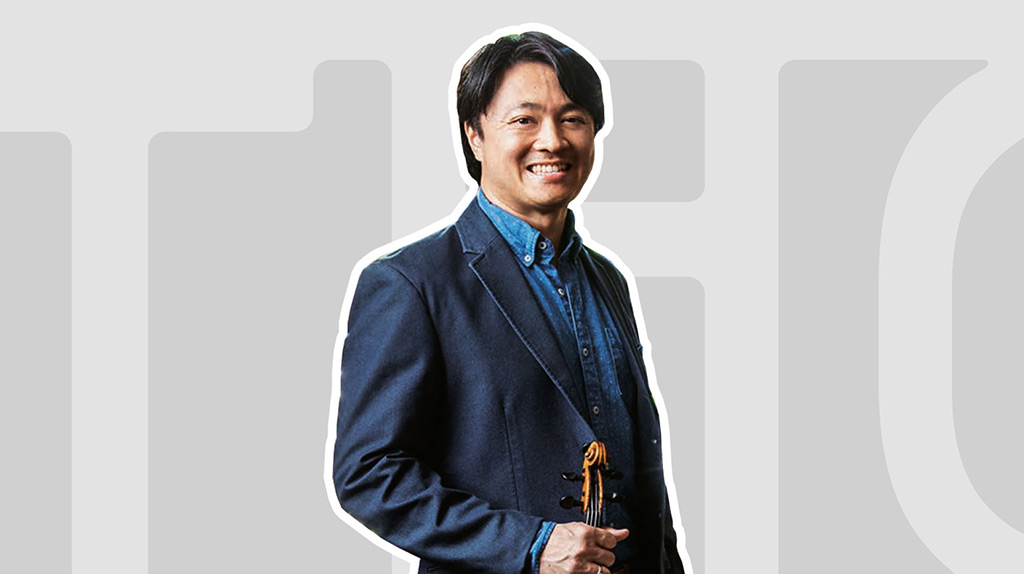 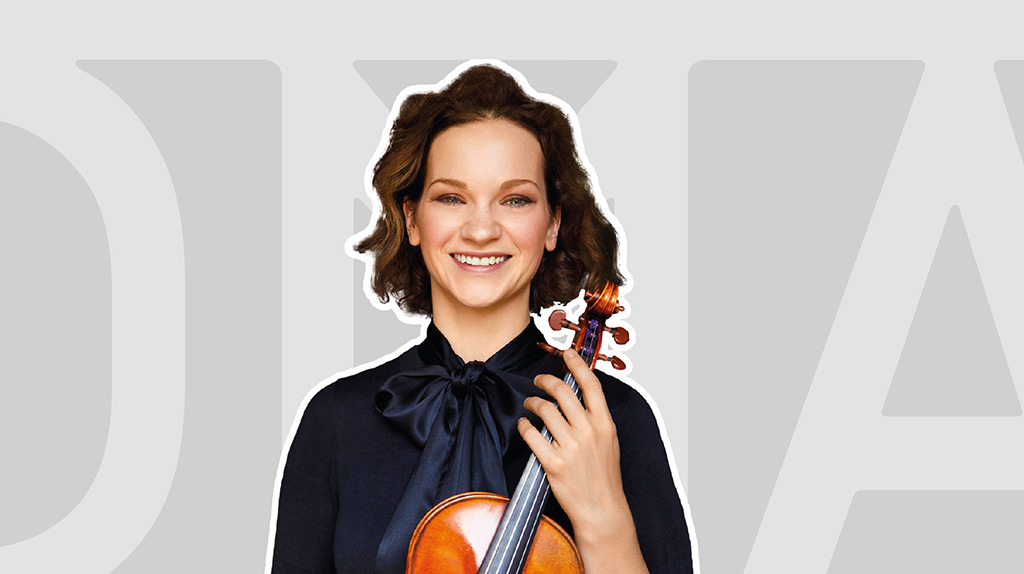 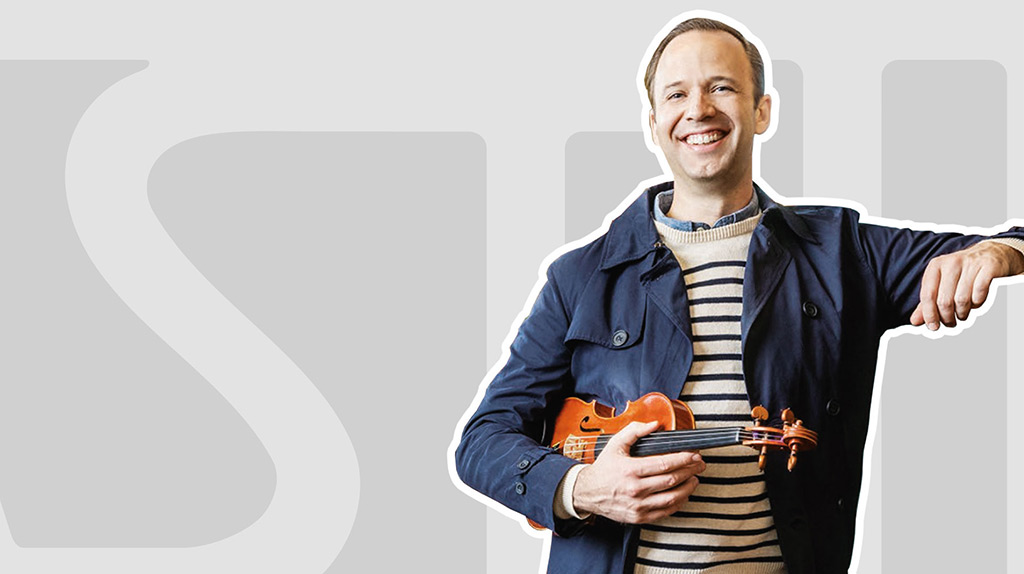 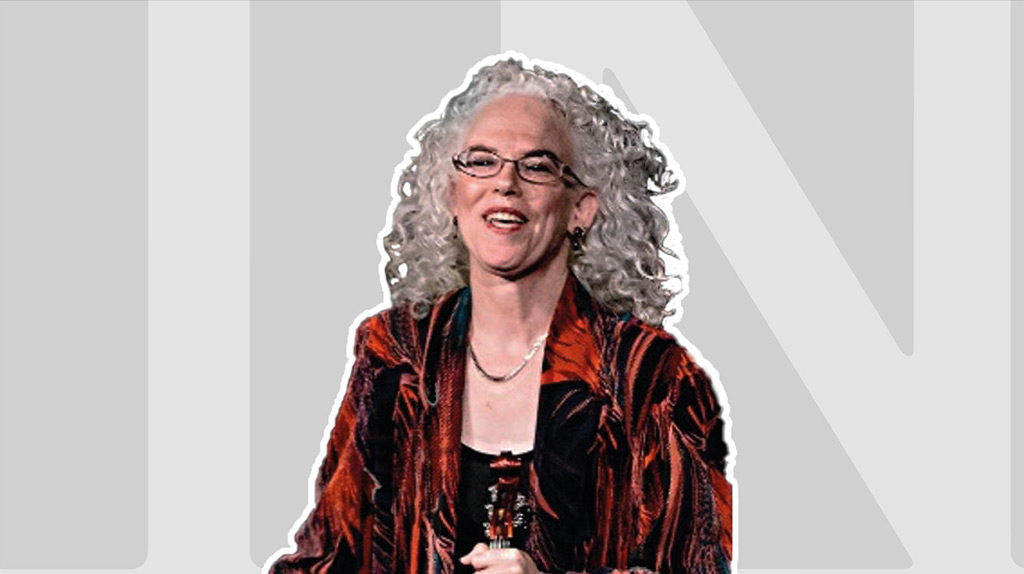 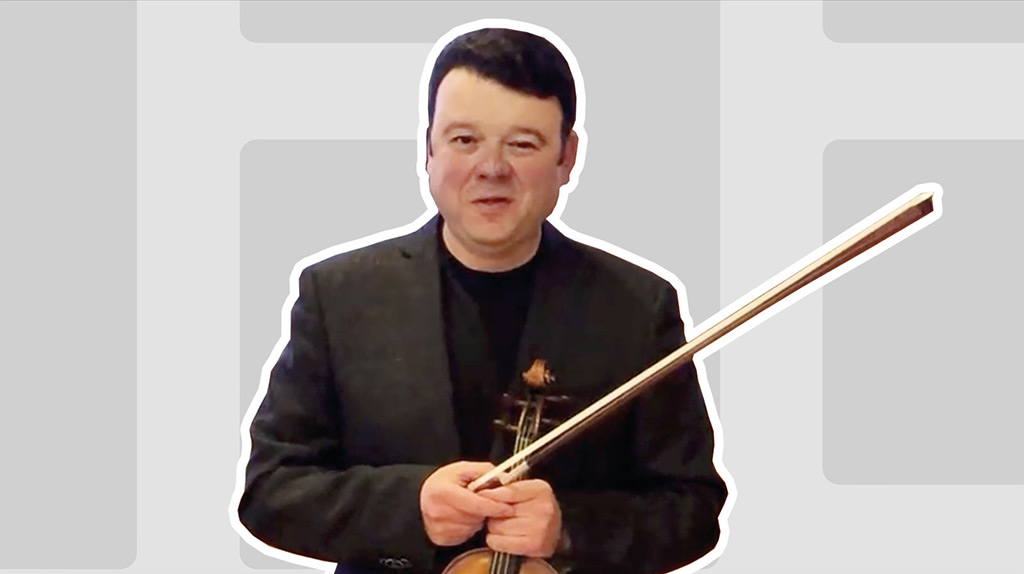 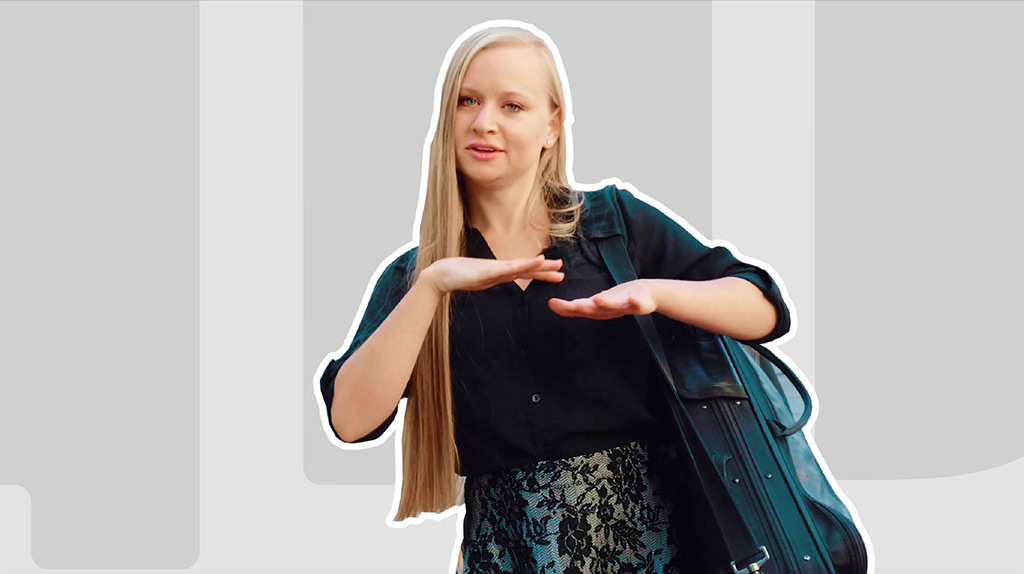 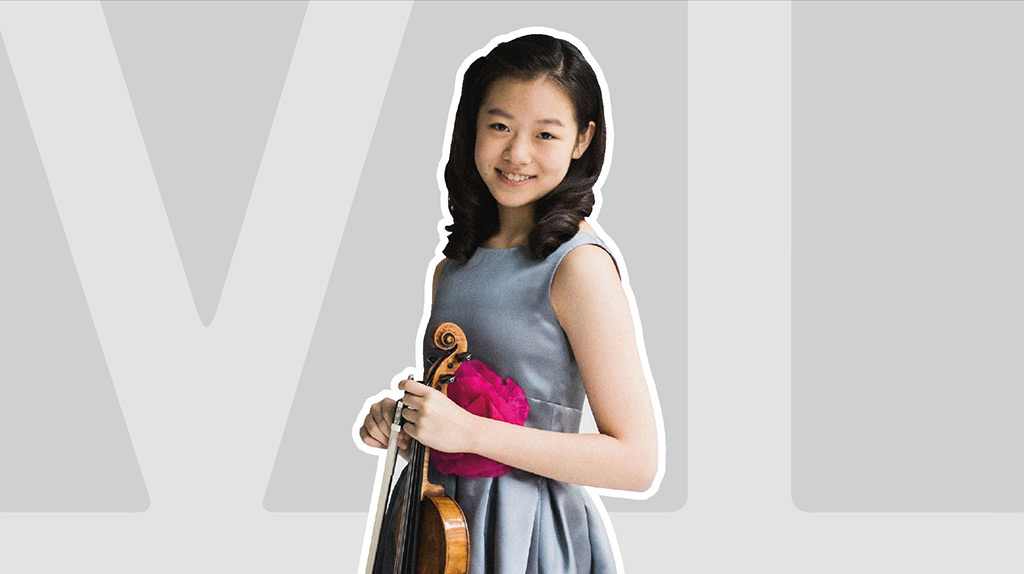 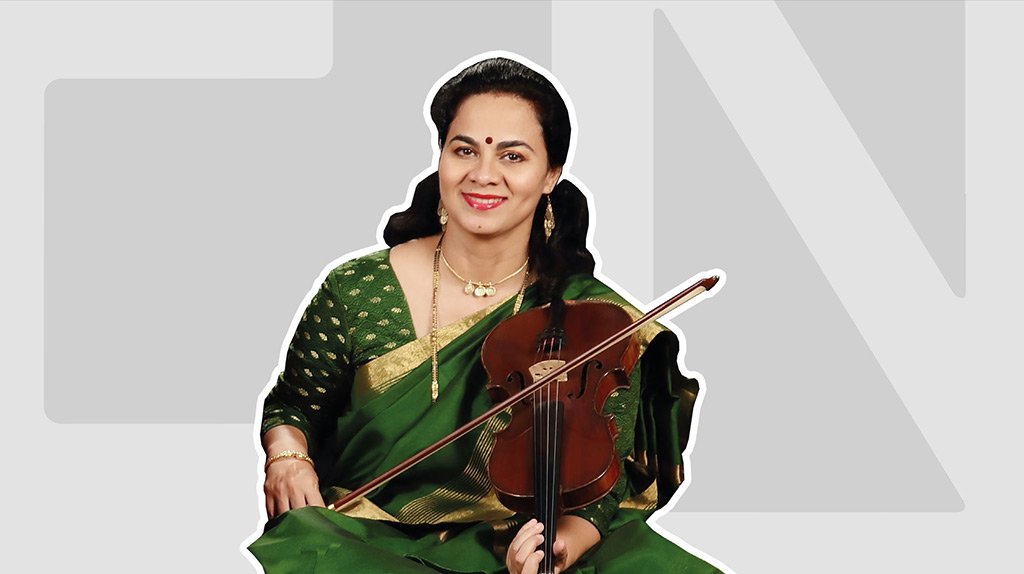 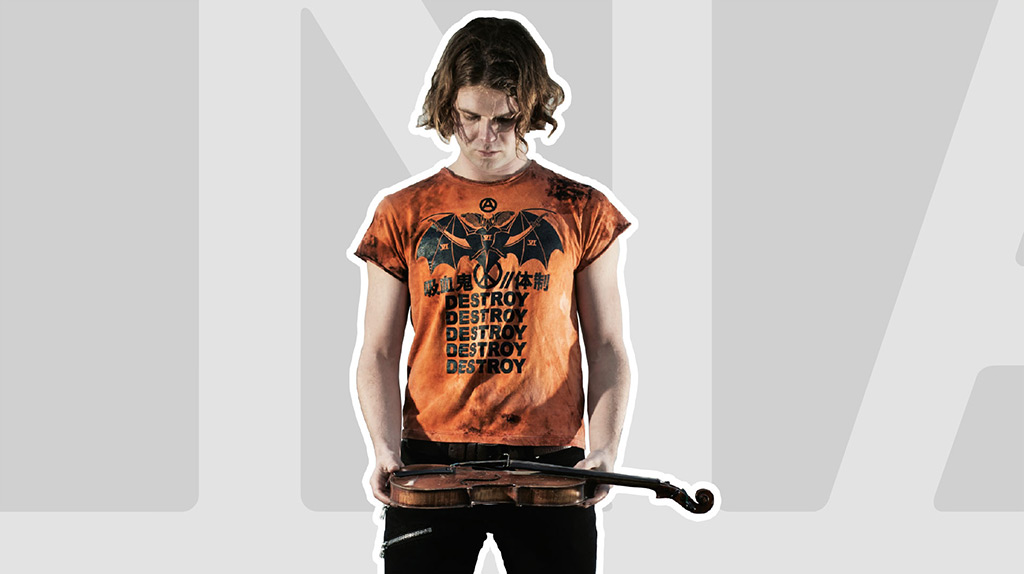 And the winner is... Nylon!

Exactly 50 years ago, Thomastik-Infeld was the first string manufacturer in the world to introduce music strings with a core of nylon threads – a material that combines the advantages of gut and steel strings and was to change the world of strings. The name of the strings? Dominant. But what was the challenge in producing strings with a synthetic core? Why did Thomastik-Infeld have pole position?

A violin string core comprises up to 1000 individual nylon threads. Each of these threads has a diameter of 0.02 to 0.04 mm. One.Thousand.Very.Thin.Threads. To enable them to vibrate, not tear and also give the string enough weight, they need a winding. The string core, in other words the bundled individual threads, is attached to a hook on the left and right in a winding machine. In order to now wind the outer material onto the string core, the core has to rotate. Not a single one of the up to 1000 very thin threads should break, otherwise the continuous rotation would create a knot and the string would become unusable. This means that the hooks have to rotate synchronously with uncompromising precision, and the core and winding tensile forces must remain absolutely constant. Because if the core and winding tensile forces do not match, individual threads can also be cut off by the winding material. Not so easy.

Back then, attempts by the competition to develop and manufacture a suitable machine that could carry out these crucial production steps without errors failed. However, Thomastik-Infeld was already very successful in the steel rope segment. Thomastik-Infeld has always had a decisive advantage due to its enthusiasm for innovation, proximity to musicians, constant material research and advanced machine technology. And so Dominant was not only born but also able to run the necessary distance – right through to the present today!

Solve the crossword puzzle and WIN!

How fast can you find all the answers to this string quiz? Give it a try and win a voucher for the Thomastik-Infeld webshop! Once you click on an empty square, the clock starts ticking, but don’t worry - you’ve got all the time in the world.

NO PURCHASE NECESSARY TO ENTER OR WIN. MAKING A PURCHASE OR PAYMENT OF ANY KIND WILL NOT INCREASE YOUR CHANCES OF WINNING. VOID WHERE PROHIBITED OR RESTRICTED BY LAW.

The sponsor of this Promotion is THOMASTIK-INFELD VIENNA ("Sponsor"). By participating in the Promotion, each Entrant unconditionally accepts and agrees to comply with and abide by these Official Rules and the decisions of Sponsor, which shall be final and binding in all respects. Sponsor is responsible for the collection, submission or processing of Entries and the overall administration of the Promotion. Entrants should look solely to Sponsor with any questions, comments or problems related to the Promotion. Sponsor may be reached by email at [email protected] during the Promotion Period.

Open to legal residents of Europe, Afrika, Asia, Canada, South Amerika, Australia and New Zealand who are at least 18 years old (the \"Entrant\"). Sponsor, and their respective parents, subsidiaries, affiliates, distributors, retailers, sales representatives, advertising and promotion agencies and each of their respective officers, directors and employees (the \"Promotion Entities\"), are ineligible to enter the Promotion or win a voucher. Household Members and Immediate Family Members of such individuals are also not eligible to enter or win. This Promotion is subject to all applicable federal, state and local laws and regulations and is void where prohibited or restricted by law.

Winners of the CROSSWORD PUZZLE will receive a 35% voucher on a Dominant product of your choice with a purchase value of max. 60€ (including taxes, excluding shipping) for the Thomastik-Infeld webshop (shop.thomastik-infeld.com).

Only one Voucher per person and per household will be awarded. Vouchers cannot be transferred, redeemed for cash or substituted by winner. Sponsor reserves the right in its sole and absolute discretion to award a substitute voucher of equal or greater value if a voucher described in these Official Rules is unavailable or cannot be awarded, in whole or in part, for any reason. Sponsor makes no representation or warranty concerning the appearance, safety or performance of any voucher awarded. Restrictions, conditions, and limitations may apply. Sponsor will not replace any lost or stolen vouchers.

Enter the Promotion during the Promotion Period online by visiting the entry form, which can be found on the following website at morethanalegend.com.

Automated or robotic Entries submitted by individuals or organizations will be disqualified. Internet entry must be made by the Entrant. Any attempt by Entrant to obtain more than the stated number of Entries by using multiple/different email addresses, identities, registrations, logins or any other methods, including, but not limited to, Promotion subscription notification and/or entering services, will void Entrant's Entries and that Entrant may be disqualified. Final eligibility for the award of any voucher is subject to eligibility verification as set forth below. All Entries must be posted by the end of the Promotion Period in order to participate. Sponsor's database clock will be the official timekeeper for this Promotion.

Winner will receive the code after successfully completing the CROSSWORD PUZZLE. The sponsor is not responsible for any delay or failure to receive notification for any reason, including technical difficulties associated therewith, or Winner’s failure to adequately monitor the website. No substitution or transfer of a voucher is permitted except by Sponsor.

Any personal information supplied by you will be subject to the privacy policy of the Sponsor posted at www.thomastik-infeld.com/en/info/data-protection. By entering the Promotion, you grant Sponsor permission to share your email address and any other personally identifiable information with the other Promotion Entities for the purpose of administration and fulfillment.

Sponsor assumes no responsibility or liability for (a) any incorrect or inaccurate entry information, or for any faulty or failed electronic data transmissions; (b) any unauthorized access to, or theft, destruction or alteration of entries at any point in the operation of this Promotion; (c) any technical malfunction, failure, error, omission, interruption, deletion, defect, delay in operation or communications line failure, regardless of cause, with regard to any equipment, systems, networks, lines, satellites, servers, camera, computers or providers utilized in any aspect of the operation of the Promotion; (d) inaccessibility or unavailability of any network or wireless service, the Internet or website or any combination thereof; (e) suspended or discontinued Internet, wireless or landline phone service; or (f) any injury or damage to participant's or to any other person’s computer or mobile device which may be related to or resulting from any attempt to participate in the Promotion or download of any materials in the Promotion.

If, for any reason, the Promotion is not capable of running as planned for reasons which may include without limitation, infection by computer virus, tampering, unauthorized intervention, fraud, technical failures, or any other causes which may corrupt or affect the administration, security, fairness, integrity or proper conduct of this Promotion, the Sponsor reserves the right at its sole discretion to cancel, terminate, modify or suspend the Promotion in whole or in part. Sponsor and Released Parties shall not have any further liability to any participant in connection with the Promotion.

End the whistling! The Dominant E-string 130 is an aluminum wound steel core string and it doesn’t whistle! Fall in love with its outstanding response and soft sound! Your ears will thank you as it delights with well-balanced volume and brilliance – perfect for the sensitive ears of children or for salon music. Being comparatively easy to play, this string is also very suitable for younger students.

A level on its own! Thomastik-Infeld’s Dominant A-string 131 promises to be a real hit. The aluminum wound synthetic core string responds instantly. It is ideally balanced, perfectly combining brilliance and warmth to bring out the most of your instrument. Be prepared to hear and create sound colors you never thought possible! The most sold single violin string!

Designed to support! The Dominant D-string 132 is a synthetic core aluminum wound all-round talent. The string supports darker or weak sounding instruments by adding volume and brilliance. Its diameter and bow noise are similar to a blanc gut string, but its response is still very direct. The silver wound alternative - 132A offers even more modulation ability, warmth and sound colors. You will also enjoy the finer grained bow noise.

Game changing! Thomastik-Infeld’s Dominant 133 is a synthetic core silver wound G-string that works for violins of all styles and ages. The tonal character is perfectly balanced between warmth and brilliance, the sound beam both focused and broad. The string offers great projection.

A room and a life full of music! Can you spot the seven differences our comic artist has hidden in this portrait of legendary violinist Itzhak Perlman, playing Dominant strings? Take a close look! 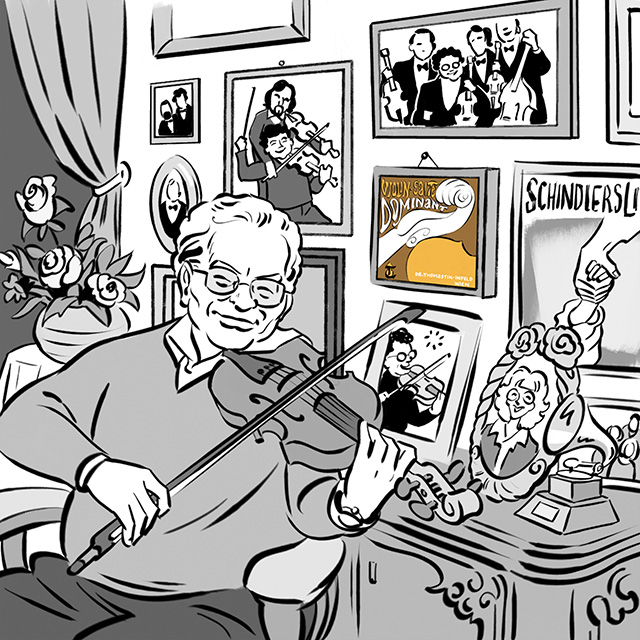 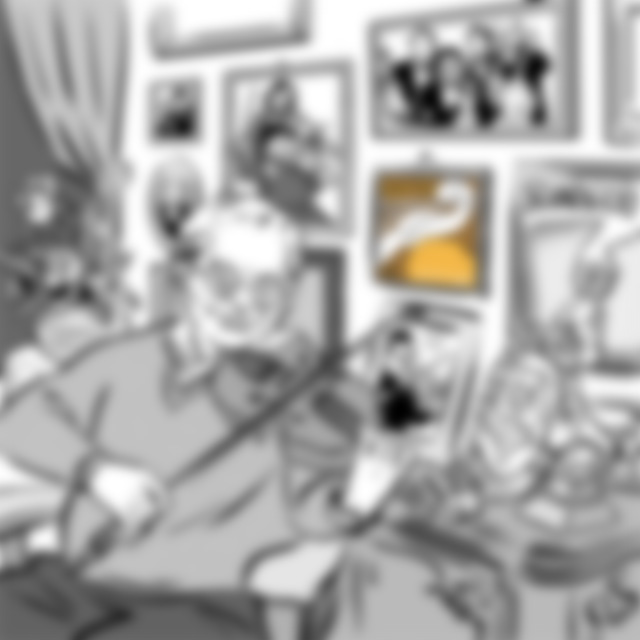 Get your DOMINANT strings!

FIND A SHOP NEAR YOU!

What do our artists say? 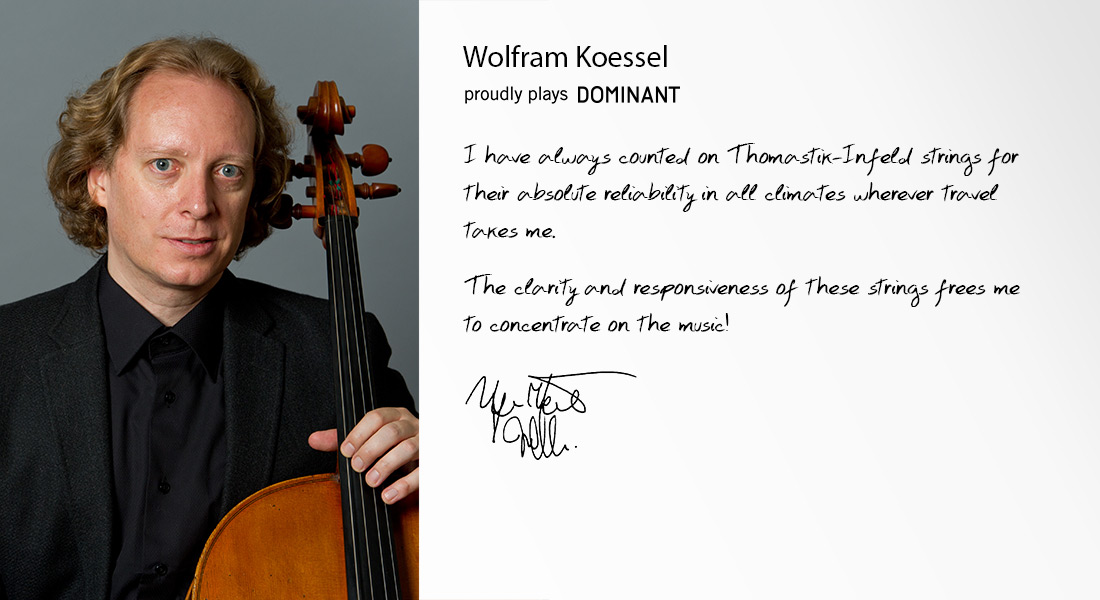 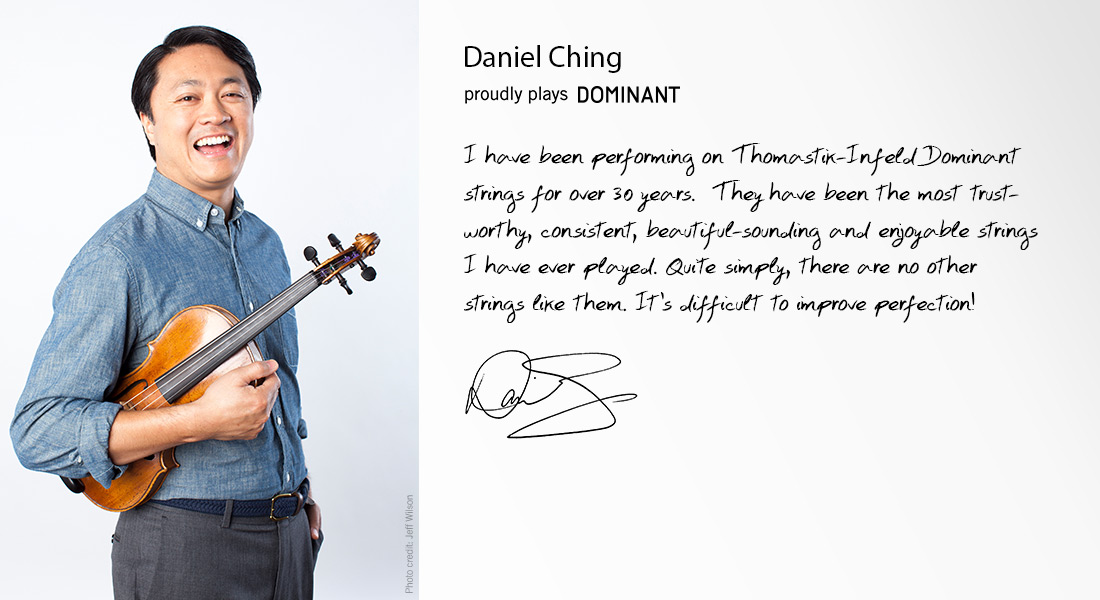 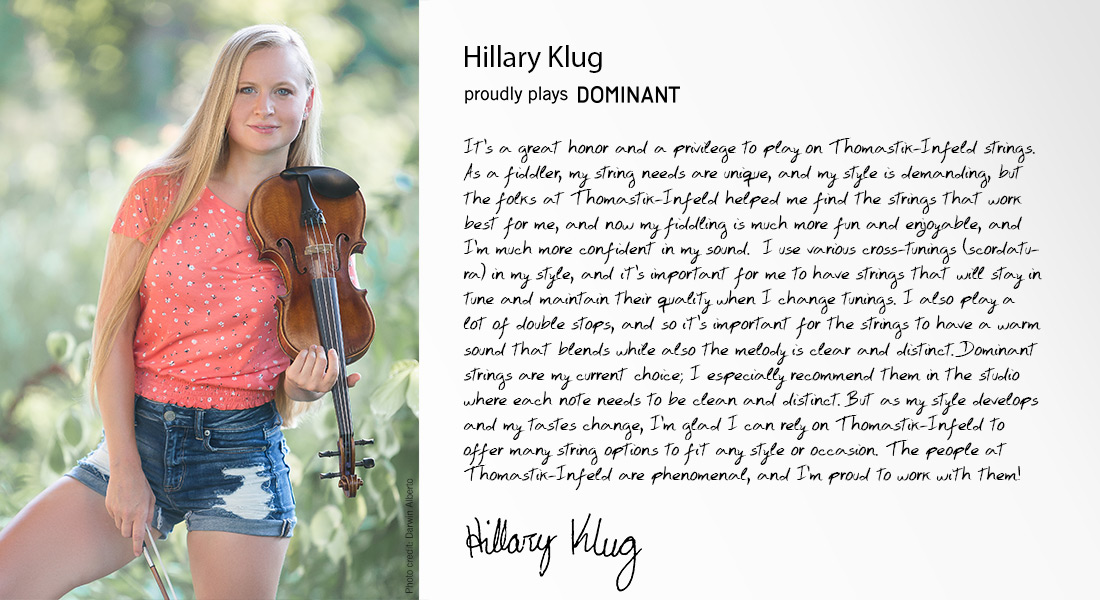 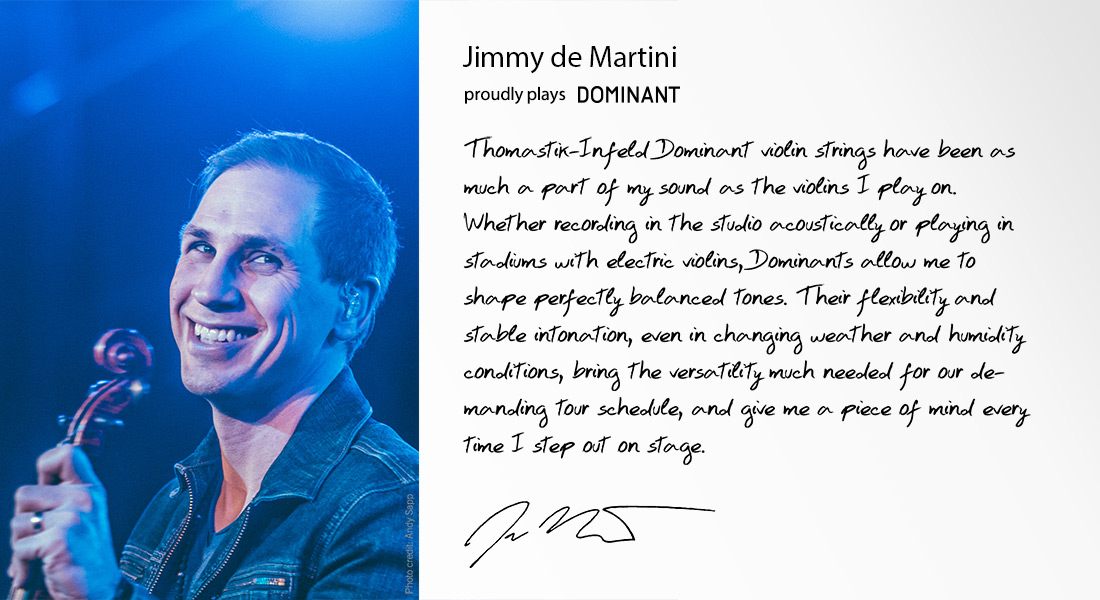 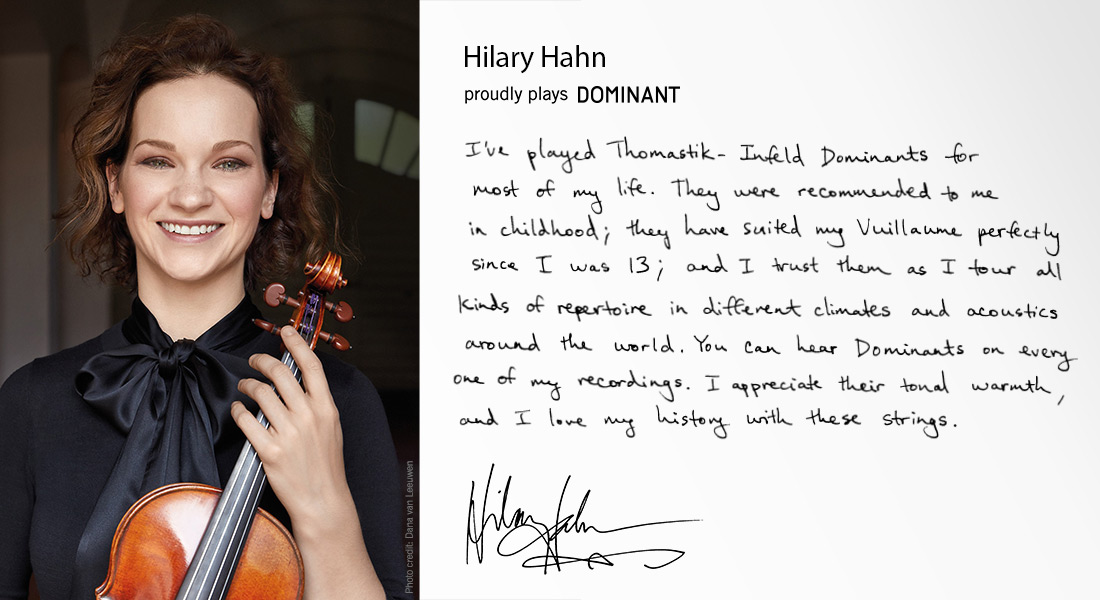 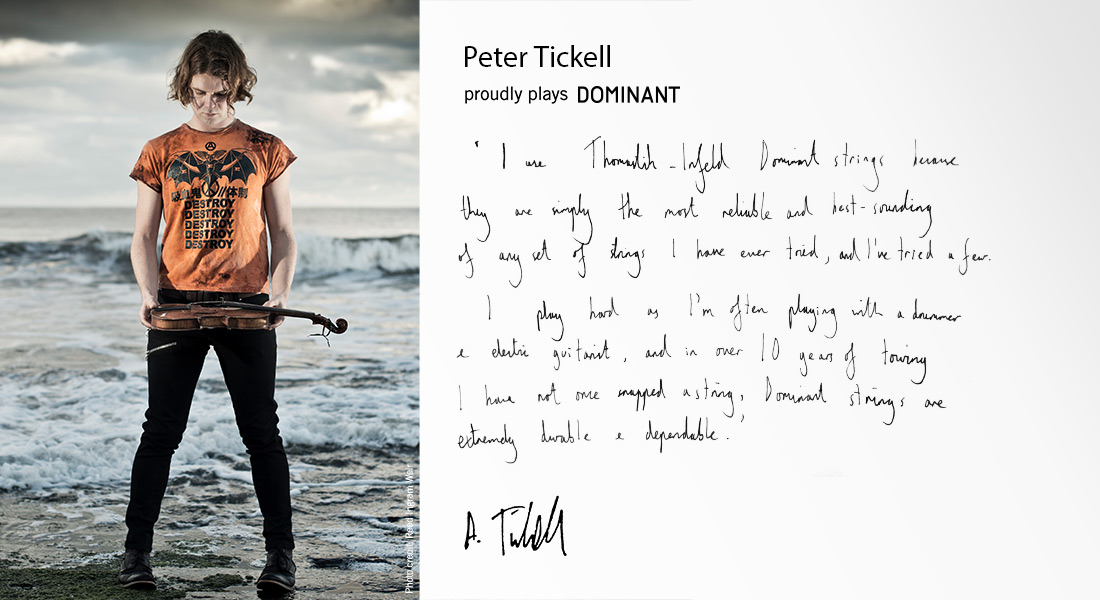 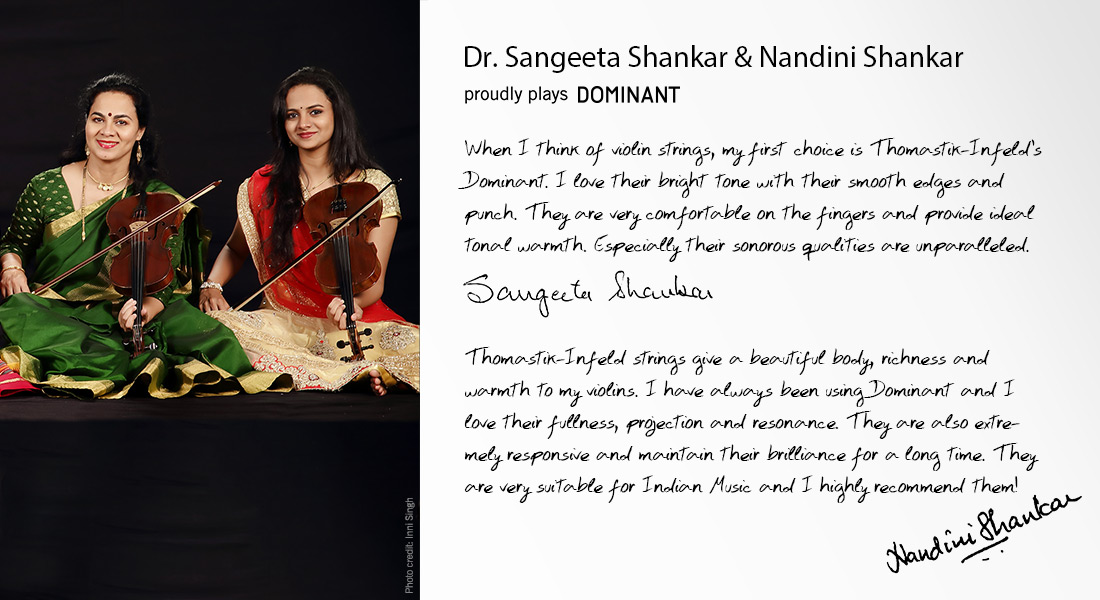 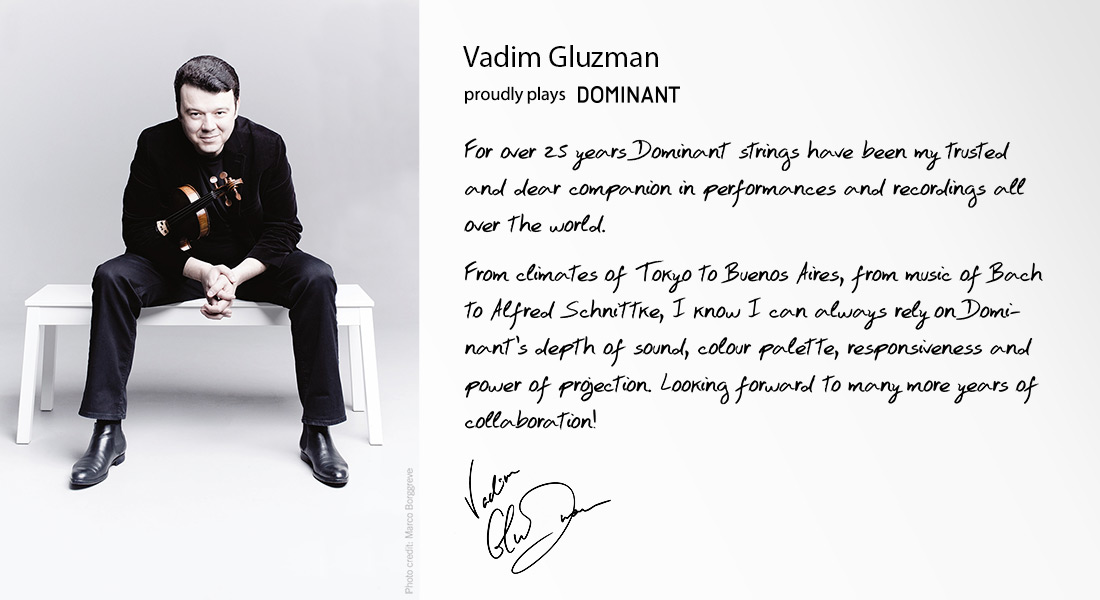 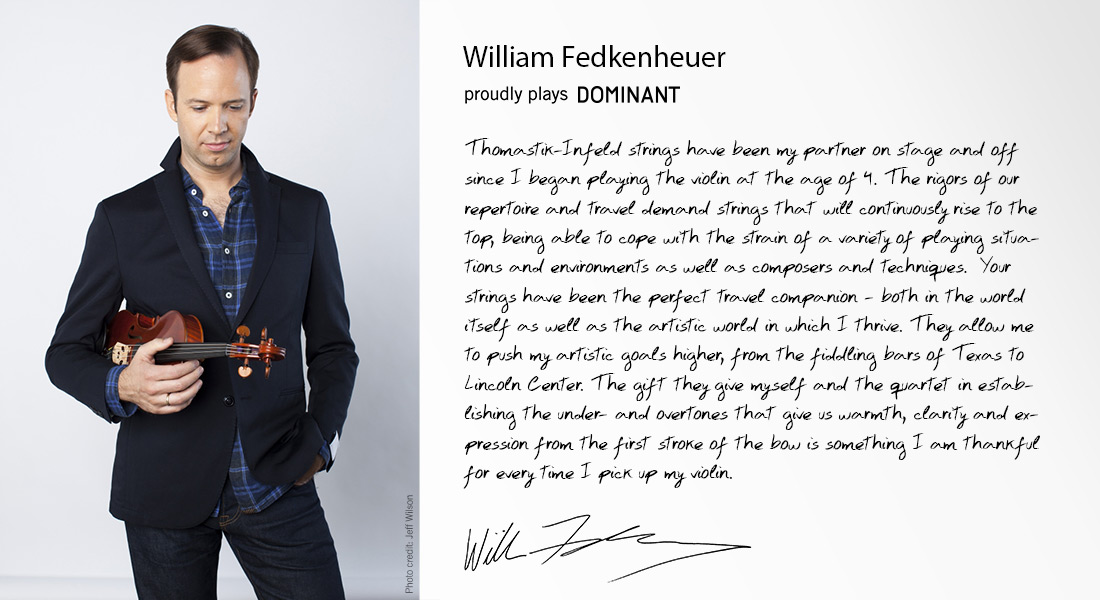 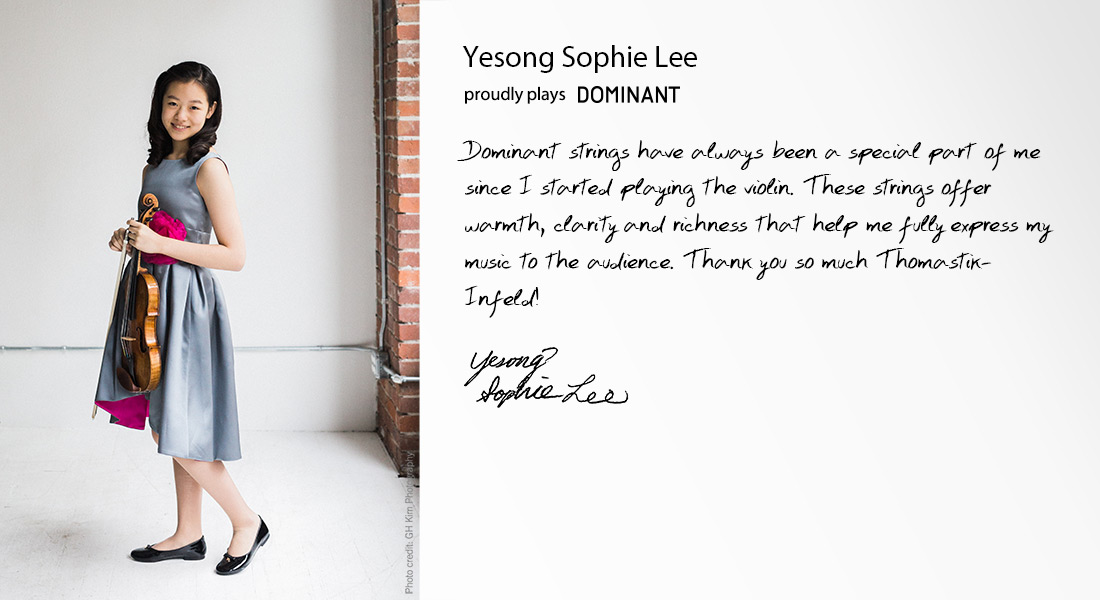